All (Specialist) hands on deck for Harley!

Harley is lovely young Cocker Spaniel who didn’t have a great start to the New Year as she was unfortunately hit by a car. She was taken to her own primary vet but, due to the extent of her injuries, she was referred to our dedicated Specialist emergency and critical care service (ECC).

ECC Specialist, Ludivine, examined poor Harley on arrival at Willows. Due to the impact of being hit by a car, Harley had several injuries and her breathing was severely affected when she arrived. Harley was admitted to our intensive care unit for supportive treatment and further investigations of her injuries. Harley’s breathing difficulties were caused by a pneumothorax which occurs when air leaks from the lungs and gets trapped in the chest cavity. An urgent chest drain was required to stabilise Harley before further investigations could be carried out by our multi-disciplinary team.

Once Harley had been stabilised, our Specialist diagnostic imaging team did a full body CT scan which revealed the extent of Harley’s injuries; she had a severe haemorrhage (bleeding) in her abdomen, severe lung contusions and her head CT scan showed several skull fractures (which were luckily harmless) and an ear canal avulsion. Having been stabilised by our ICU team and receiving one-to-one supportive care, Harley‘s clinical status improved quickly and this enabled her to have further treatment for her other injuries. Unfortunately, her hip had been dislocated due to trauma and also required surgery.

Luckily for Harley we are a multi-disciplinary referral centre with Specialists across lots of clinical areas. Therefore Harley was able to stay at Willows to have all her other injuries attended to. Brave Harley had surgery for her hip dislocation with our Specialist orthopaedic team, as well as surgery on her ear with our Specialist soft tisssue team – all of these surgeries were done under general anaesthesia and were monitored by our dedicated Specialist anaesthesia team.

Harley was a star patient during her stay and her good spirits gave our team a lot of happiness and she received a lot of love from us too. She went home one week later walking with some lameness and doing very well! We wish her a wonderful life with her wonderful owners! 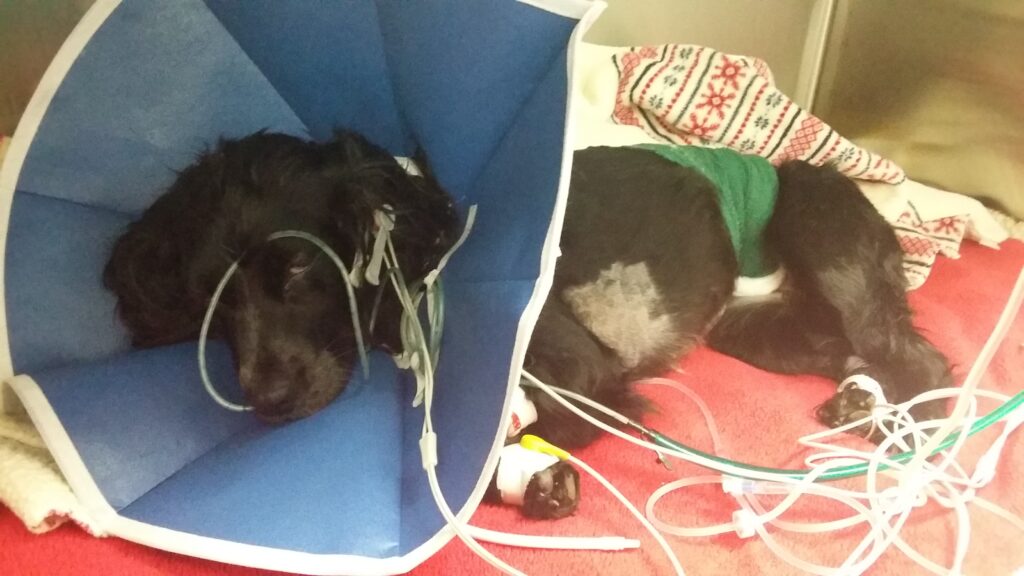 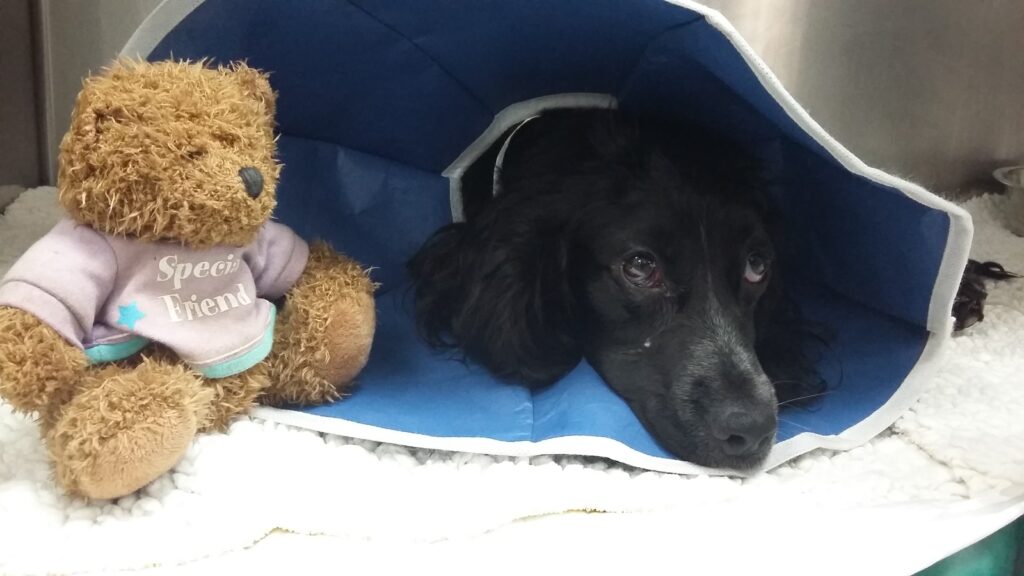 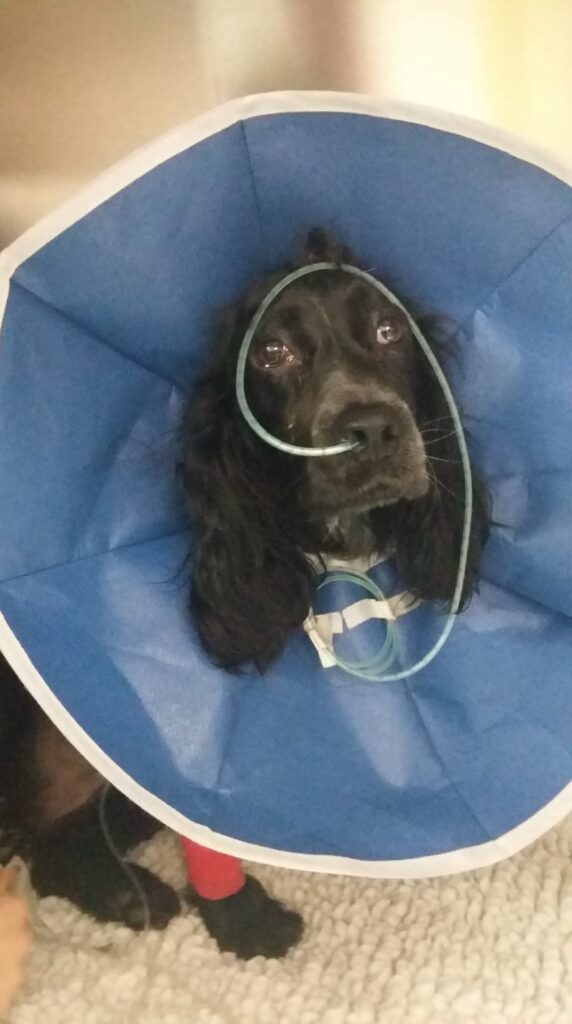 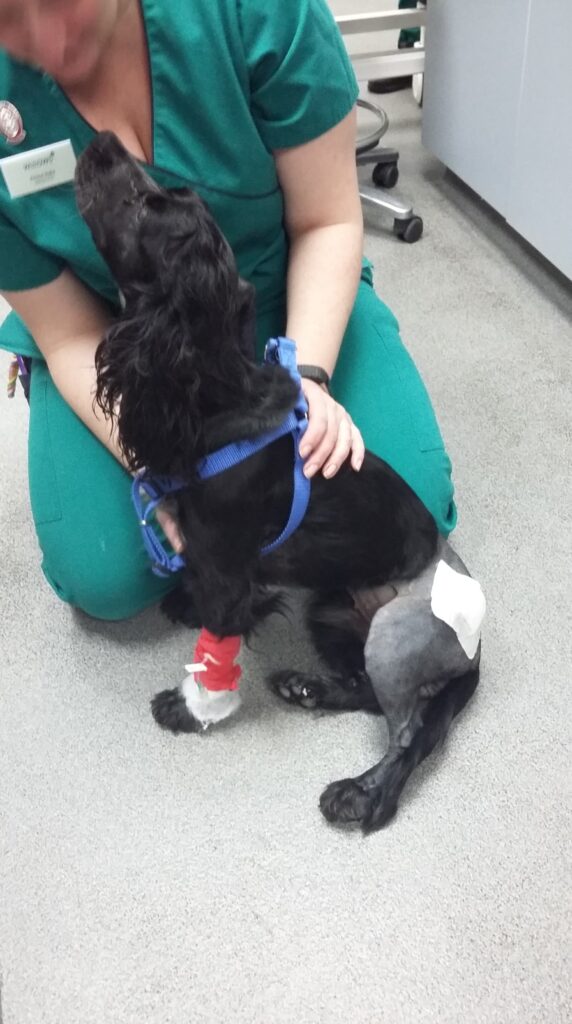