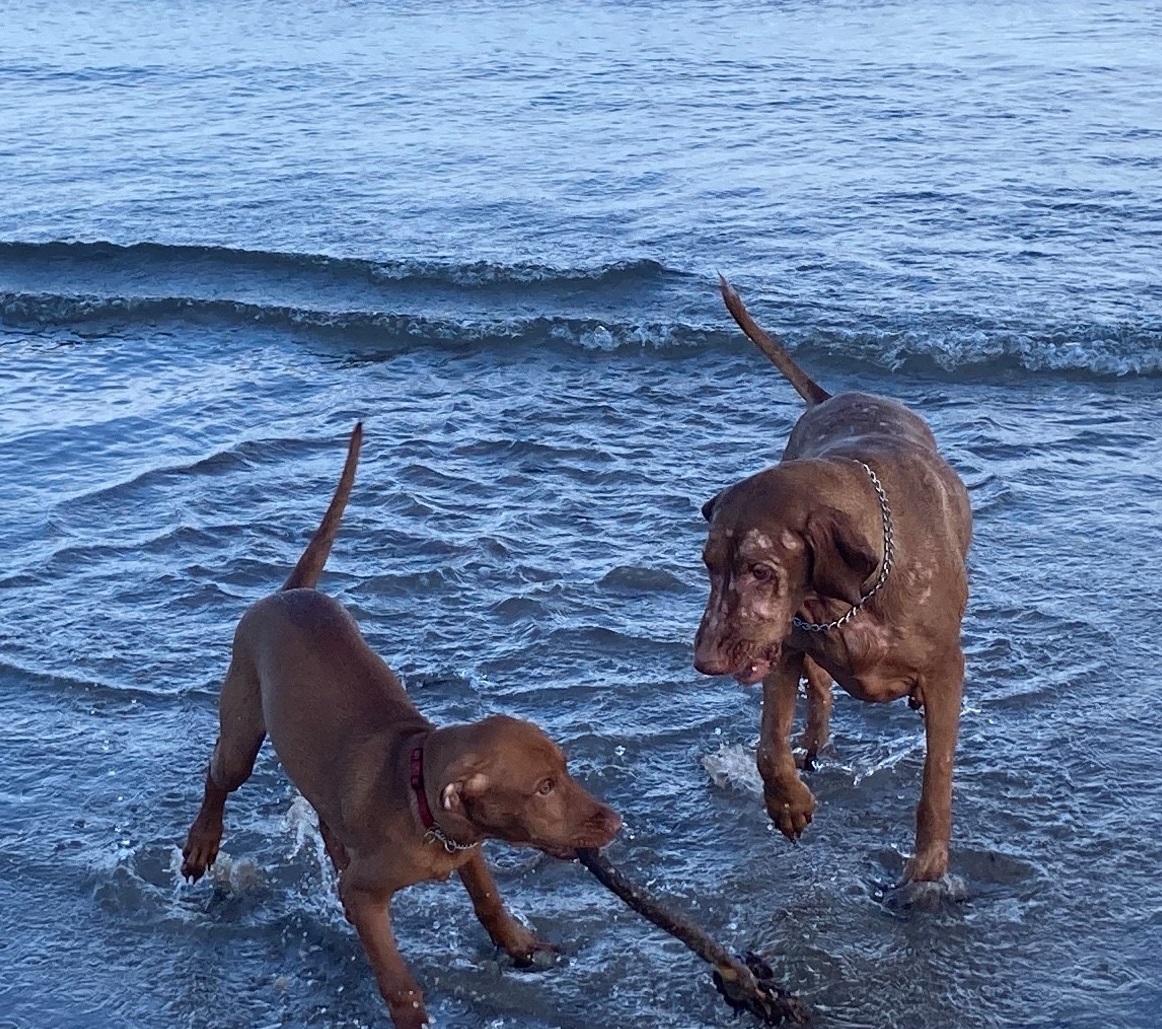 Our Head of Dermatology here at Willows has been praised after successfully treating a dog’s long-running skin complaint which had caused widespread crusting and scabbing.

European Specialist Dr Harvey’s accurate diagnosis and swift treatment produced a remarkable recovery in the dog, called Jasper, and his owner Victoria Proctor, from Lichfield in Staffordshire, said she was extremely grateful her beloved pet’s long-running skin problems had finally been solved.

Victoria said: “It was such a relief to finally know what the problem was with Jasper.

“Prior to seeing Richard, we’d taken Jasper to another Vet and tests had been carried out but we were none the wiser regarding what was going on.

“It was a worrying time. Jasper was very uncomfortable and hadn’t been himself for a long time, but Richard was amazing and so quick to act.

“Going to see him at Willows has made all the difference and, subsequently, whenever I have had a question, I have been able to e-mail him and receive quick responses.

“Jasper still has bald patches from the scarring, as he scratched his skin when it was inflamed, but his skin looks so much healthier now and he’s much happier, far more energetic and back to being a normal vizsla. I’m very grateful.”

Dr Harvey said the underlying cause of ECLE was unclear but the result is the body’s own auto-immune system attacks cells within the skin, causing erosions, hair loss and accumulations of crust and scale.

He said: “Canine ECLE is one of a number of variants of canine cutaneous lupus erythematosus. Although Jasper’s clinical history and examination were suspicious of ECLE, a definitive diagnosis is necessary for three reasons.

“Firstly, the disease is likely to require long-term treatment and, secondly, ECLE is one of the variants which has, historically, proved very difficult to manage successfully.

“Furthermore, because any treatment is likely to be long term, this raises questions of side-effects.

“Diagnosis of ECLE requires a histopathological examination of a skin biopsy which is sent to a specialist pathologist for analysis.

“Jasper’s histopathology was consistent with ECLE but, luckily for Jasper, a colleague and I were aware of a novel treatment for this condition which is associated with very much reduced side-effects.

“We immediately began this course of treatment and happily it has proved a real success.”

Dr Harvey has subsequently used Jasper’s case, and six others that he has treated, in a case report entitled:  Effective treatment of canine chronic cutaneous lupus erythematosus variants with oclacitinib. To find out more about Willows Specialist Dermatology services click here.