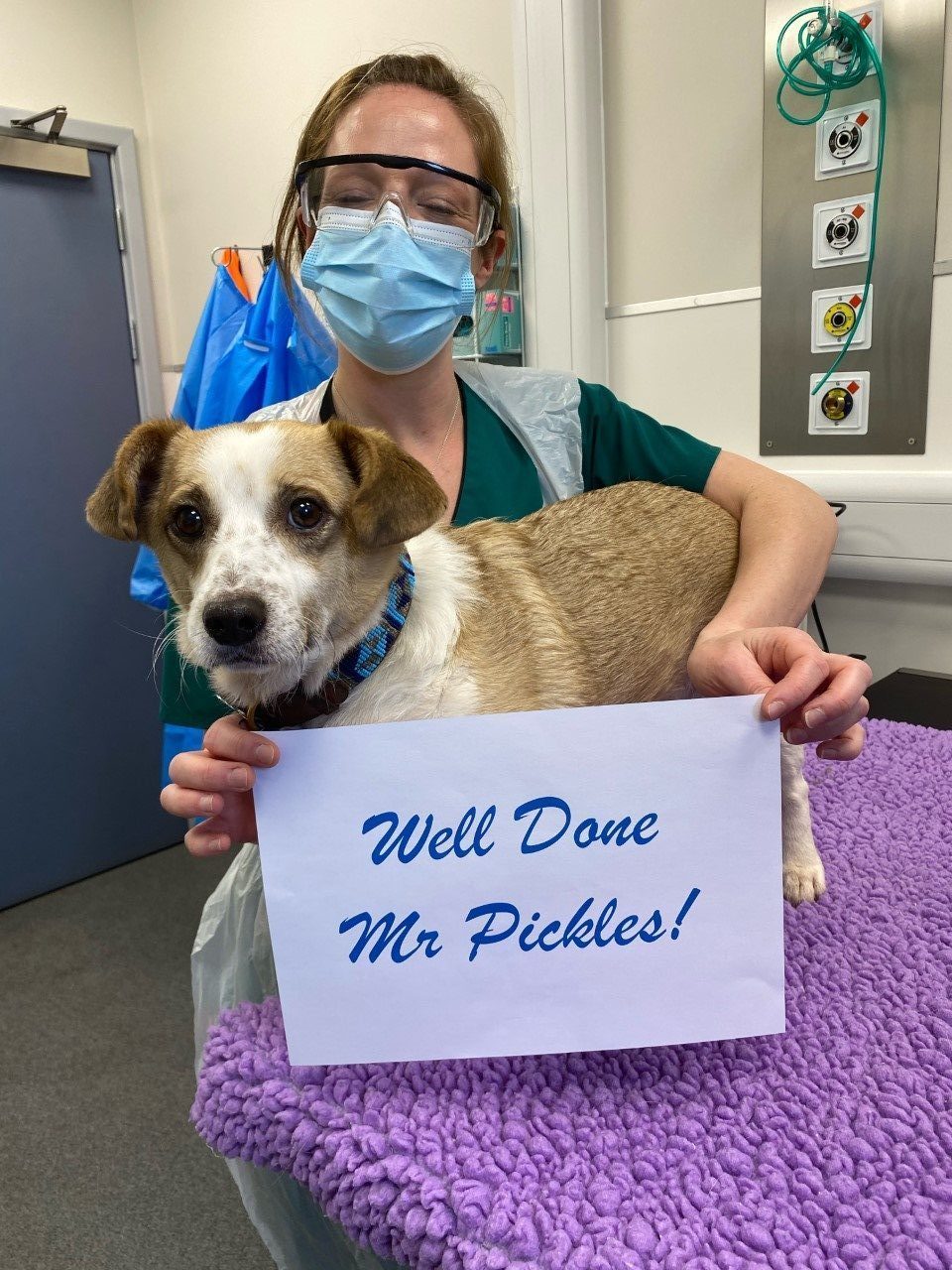 A Romanian rescue dog has made a remarkable recovery from a rare cancerous tumour thanks to specialist-led treatment here at Willows Veterinary Centre and Referral Service.

The stricken Corgi-crossbreed had only been in his new UK home a week when he developed worrying symptoms, including breathing difficulties and an increasing flow of discharge and blood from his nose.

After being referred to us here at Willows, European and RCVS specialists in internal medicine Mark Dunning and Megan Work, an ECVIM resident in internal medicine, investigated the issues being experienced by the dog, christened Mr Pickles by his new owners.

Megan said: “Mr Pickles had reduced airflow through his nostrils and experienced pain when the front of his nose was touched. A CT scan confirmed there was a large mass inside his nose, which was taking up much of the space within the nasal cavity and we were concerned this could be cancerous.

“Needle samples and biopsies were taken from the mass and sent to America for special testing and those tests confirmed the diagnosis of a Transmissible Venereal Tumour (TVT) inside his nose. Dealing with a TVT is quite unusual for us, as they are usually confined to tropical and subtropical areas around the world and are uncommon in the UK. The positive news was that, unlike other nasal tumours, TVTs have an excellent prognosis when treated with chemotherapy, so we started Mr. Pickles on a six-week course in January.

“The results were excellent after just the first weekly chemo injection. The discharge from Mr Pickles’ nose immediately improved and he was snoring less. Within three treatments, the nasal discharge had stopped completely. He was no longer experiencing pain around his nose and airflow through his nostrils returned to normal.”

Owners Kathryn and Brian Dean, from Kings Heath, Birmingham, are delighted with the transformation in Mr Pickles’ demeanor.

Kathryn said: “The treatment Mr Pickles received at Willows was fabulous. I cannot speak highly enough about their expertise, their empathy, and their outstanding care. His life has been transformed. His snore, which was so loud it was laughable, has gone and he can breathe through his nose now.

“He’s stopping to smell everything now, too, in the garden and on our walks, and he particularly likes sniffing the flowers. It’s quite joyful to see. We are delighted and extremely grateful.” 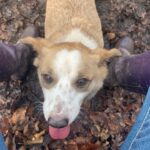 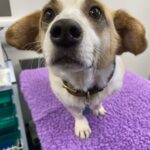