An Unusual Problem for Cassie!

Earlier this year, 4 year old Akita, Cassie, developed an unusual problem. She suddenly developed sores inside her mouth and around her lips which were causing her to drool excessively and have bad breath. She also had some sores on her bottom.

Cassie had some biopsies taken which suggested an immune-mediated disease called Erythema Multiform, a rare condition that affects humans too.

In February, Cassie was referred to Willows to see Dermatology Specialist, Jon Hardy. Jon explained that there are numerous possible triggers for this condition. Investigations of the triggers were performed but nothing was found, so medication with high doses of anti-inflammatory medication was started.

Cassie is doing really well and the medication doses are now being reduced. Cassie very recently came in for her recheck and her lesions are in remission, as you can see from the photos. 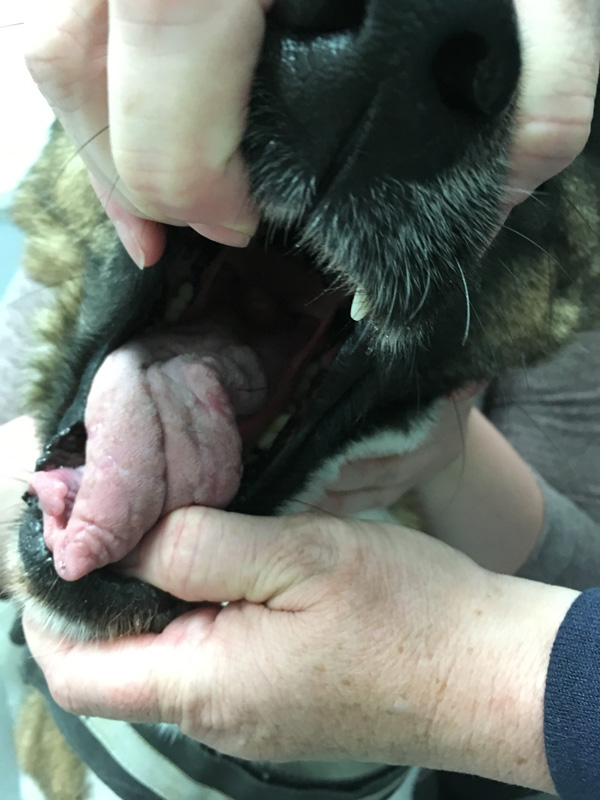 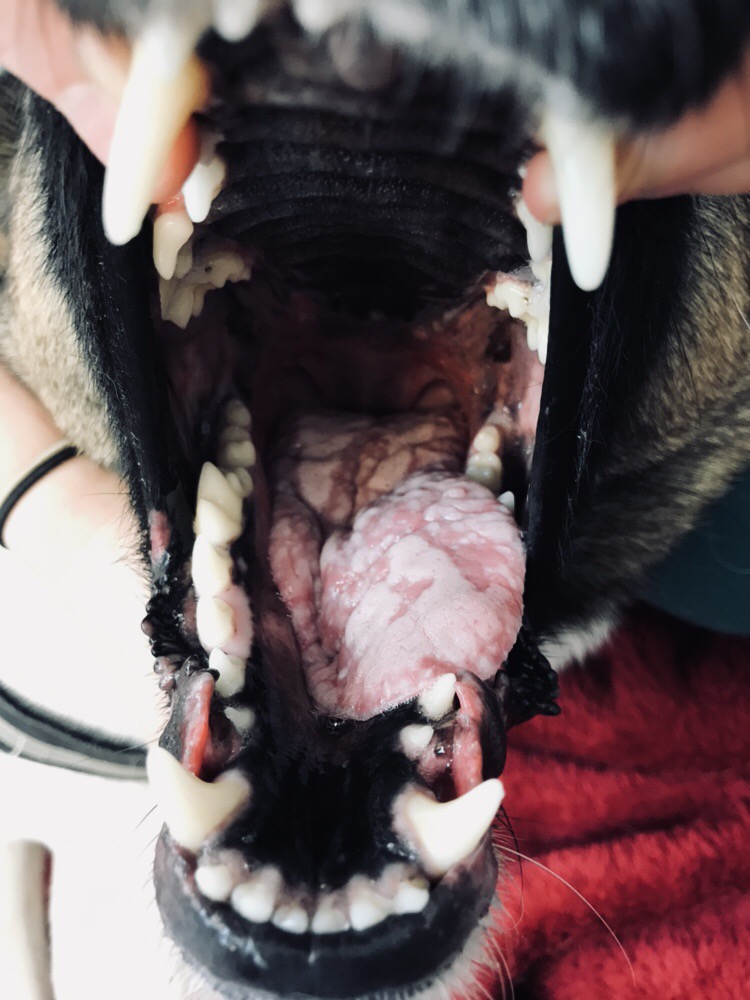